Twice Awarded the Business Woman of the Year in Dental Medicine

Designation: Twice Awarded the Business Woman of the Year in Dental Medicine

Dr. M. Doychinova graduated from the Faculty of Dental Medicine at the Medical University of Sofia, Bulgaria in 2012. She is co-founder and owner of Smile Centre Family Dental Clinic. Her practice is focused on hard endodontic clinical cases. In 2012, she and her brother founded “Denta Talk – the Independent School of Modern Dentistry” where young professionals receive training on cutting-edge dental practices. She is an arbitrator at the Second Endodontic Competition in Bulgaria. Twice nominated and awarded the Business Lady Prize and Business Woman of the Year in Dental Medicine Category, she is a wife and mother of three.

Dr. Catherine Yang has her expertise and passion in improving the health and wellbeing. Her original and practical system is developed based on her own proven success methods that creates new pathways for dental professionals to enjoy their work and life without fear. She has built this model based on her clinical experience and personal journey from being an immigrant with limited English and learning difficulties to successfully admitted into Dentistry with Alumni Scholarship by the University of Sydney in 1995 and graduated with First Prize GC Australia Research Award in 1999, followed by serving as an associate dentist for 14 years before she becomes a dentopreneur (dentist entrepreneur) operating a practice with multiple dentists in the bustling and competitive area of Sydney. Her enthusiasm and positive energy help many recent graduates, young dentists, solo practitioners, associate dentists and practice owners. Dr Yang’s unique model of S.T.E.P. on fear is proven to be effective and responsive to everyone.

Dr. Sargon Lazarof graduated as a Doctor of Dental Surgery (with Honors) in 1986 from the University of Southern California (USC) School of Dentistry. His postgraduate studies involve the Study of Disease of the Temporomandibular Joint at the TMJ Research Foundation. As well as being a past clinical professor at USC’s School of Dentistry, Dr. Sargon Lazarof is the inventor/developer of the U.S. Food and Drug Administrations (FDA) first approved immediate load implant, which has been described in the industry as the "first major innovation in dental implantology since the early work of P.I. Branemark." In 1991 he wrote a paper that first coined the term “immediate load” and described it as full function at the time of placement. A few years later in 1998, his book was published “The Immediate Load Implant System, Esthetic Dentistry for the 21st Century,” by Quintessence Publishing Co., Ltd. In addition to being a fellow of the International Academy of Dental Facial Esthetics, he maintains a full-time practice in implantology and is the Founder of the Sargon Dental & Implant Institute located in Encino, California, USA, where doctors come and train in both basic and advanced implantology.

Dr. Marcano is a graduate of the University of Pennsylvania and has over twenty years of experience in the dental field. He’s a member of the American Dental Association and the Florida Dental Association. In addition to his experience, Dr. Marcano has taken numerous continuing education courses in laser and cosmetic dentistry. He has chosen to tailor Orlando Center for Cosmetic Dentistry towards a mostly “drill-free” cosmetic and restorative practice via the use of several lasers. Jose Marcano, DMD, leads the team at Orlando Center for Cosmetic Dentistry in Orlando, Florida. He is a talented general and cosmetic dentist dedicated to offering the highest level of care with a warm and friendly chairside manner. Dr. Marcano has a deep personal commitment to providing each patient with exceptional dental care, coupled with compassion, patience, and humor. His appreciation for patients’ comfort complements his understanding of complex reconstructive procedures. Dr. Marcano always works to address and allay the fears of those he treats.

Dr. Nguyen was born in Los Angeles and completed all his professional education right here at USC. He loves serving his community and connecting with his patients! His passion for the art and science of dentistry started in his early life when he began interning for a dentist at the age of 16. He provides the highest quality cosmetic and implant dentistry. Dr. Nguyen graduated cum laude with a degree in Biological Sciences from the University of Southern California. Immediately thereafter, he earned his Doctor of Dental Surgery (DDS) degree from the Herman Ostrow School of Dentistry of USC. During his studies, Dr. Nguyen conducted research in various fields including genetics, molecular biology, bioinformatics, as well as working under the legendary periodontist, Dr. Jorgen Slots, in the microbiology and periodontology lab.

Dr. Fujino graduates from the University of Tokushima school of dentistry in 2008. He has done thousands of implant treatments. Dr. Fujino is one of the few dental doctors in Japan who practice implants, prosthesis, and orthodontic treatments by himself.

Mr. Danesh Vazifdar is a partner and Technician Specialist at Adaro Dental Laboratory that specializes in CAD-CAM Dental Technology for crowns bridges Implant and Aesthetic cases. He is on the faculty program for Full Mouth Rehabilitation Post Graduate Program at The D Y Patil University for Dental Sciences. He is on the editorial panel for India’s First Dental Technology Magazine "Dental Technician" He is the founder of the Digital Dental Forum which is an online and offline platform for Digital Dentistry. He is currently a Key Opinion Leader for Amann Girrbach and Bredent. His cases have been extensively published in the First Book Published on the Socket Sheild Technique called Partial Extraction Therapy in Implant Dentistry. Cases done by him for clinicians have passed the stringent AACD (American Academy of Aesthetic and Cosmetic Dentistry) criteria. He has authored articles in peer-reviewed International Journals and cases done have been featured in International and Domestic Publications. He lectures internationally and nationally and has recently concluded the European Prosthetic Roadshow. Has co-authored a book on the Art and Science of Esthetic Dentistry which is in its 3rd publication. He has been involved in Cad Cam and Digital Dentistry for over 15 years and his current focus is on specializing in full mouth Rehabilitation Implant cases and Immediate loading solutions using guided surgery and one-time abutment concepts for single tooth to full arch Implant Solutions.

Dr. Dina Al-Ashkar is a General Dentist working out of Al-Rowaad Dental Center, Dubai. She believes that dentistry is more than just treating the patients chief complaints. Ethics are of utmost importance when it comes to her work and her career, and by viewing the patient as a whole, her main priority is to fix the core of all their oral issues to reduce the need for future dental visits to only yearly followups. Dr. Dina and her team’s research won second place when presented as a poster at the International Student Dental Conference in 2019. In addition to her work at the clinic, she is currently pursuing an MSc in Implantology UK, to obtain a license for placing Dental Implants. In 2019, she completed a diploma in Restorative and Esthetic Dentistry; always working towards providing her patients with a multi-disciplinary approach to their dental treatments.

"Dr. Haya Dygili is a dedicated general dentist based in Dubai, currently working in the Mercato Family clinic. Dr. Haya Dygili earned her Bachelor of Dental Surgery from the University of Sharjah, United Arab Emirates. She then completed her Diploma in Aesthetics Restorative Dentistry in 2019, ranking in the top three among her class. She also achieved second place at the International Student Dental conference in 2018 for her research. Dr. Haya is currently enrolled in a Mastership program in Aesthetic Restorative Dentistry at The City of London Dental School, UK. Dr. Haya is a proud member of the Swedish Academy of Cosmetic Dentistry (SACD) and the European Society of Cosmetic Dentistry (ESCD). Dr. Haya is fully committed to her patients’ smiles and believes that dentistry is a blend of arts and science. She enjoys enrolling in various dental courses to enhance her skills and knowledge, in order to grant her patients, the excellent, individualized care that they seek."

Dr. Aiman Obeid has completed his specialization in orthodontics in 2012 at Belarussian Medical State University, Belarus. After that he started his work as an orthodontist in UAE, he published his scientific work (about self-ligating braces) in one of the reputed medical journals, translated research of 140 pages in lingual braces, he mastered the TAD application in his practical work, and has some researcher about that.

Dr. Alejandro Mendez studied Maxillofacial Surgery at the national medical center La Raza, CDMX, Mexico, graduated in 2010, and has a masters degree in Humano and Educative Development in 2017. Currently pursuing a doctorate in health services. He is the General Director of the AMS Foundation for Cleft Lip and Palate from 2018 to date, and a doctor attached to the Mexican Institute of Social Security (IMSS) from 2003 to date. 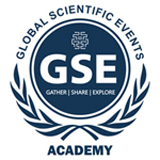